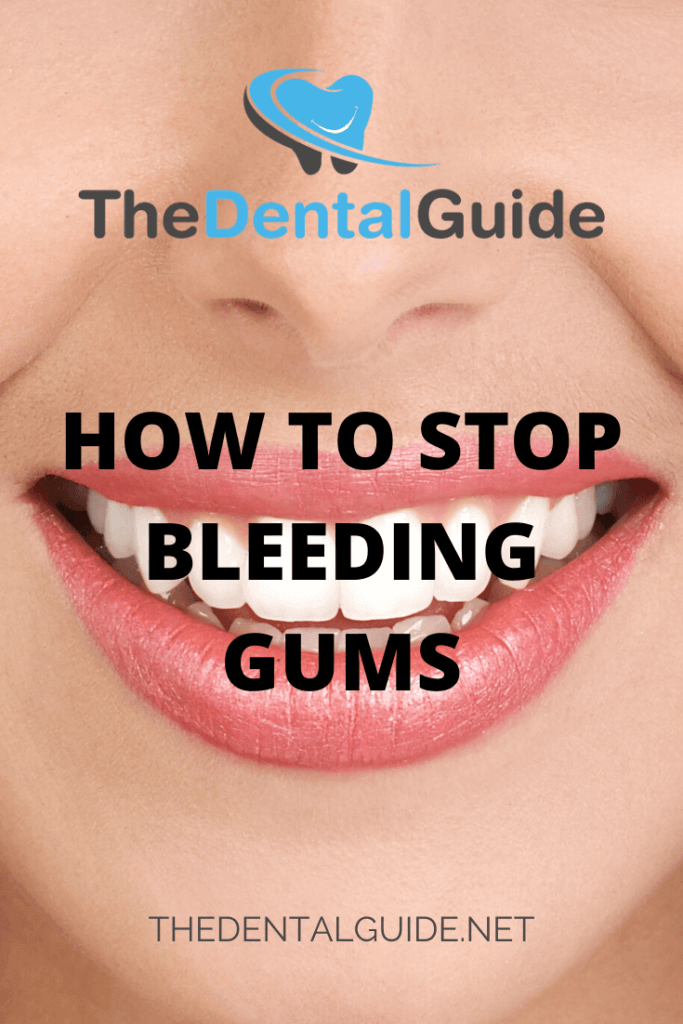 How To Stop Bleeding Gums

Bleeding gums are both a nuisance and a potential sign that something is wrong inside your body. Commonly noticed when flossing, it is essential to clear up the direct causes of bleeding gums to maximize your oral health. Bleeding gums are a simple indicator of something, potentially more severe, underneath the surface.

“Why are my gums bleeding,” you ask? There are many reasons why gums may be irritated and bloody, so let’s start with the most common: poor oral health and gingivitis.

If you have not flossed consistently or have not kept up with the recommended twice-daily tooth brushing regimen, there may be plaque and tartar building up between your gums and teeth. This leads to bacteria growth, irritating your gums which will then be more likely to bleed, especially when flossed.

If regular dental routines are ignored for too long, gingivitis, a mild form of gum disease, may develop. Aside from bleeding gums, gingivitis is often accompanied by pain and inflammation. It can cause gums to pull away from teeth, leaving both gums and teeth exposed to more bacteria. If left untreated, gingivitis could lead to periodontitis, a more severe gum disease that causes tooth loss and other serious complications.

However, some people who take great care of their mouths still find their gums bleeding. Here are some less common reasons for why gums bleed:

Vitamins K and C help the blood to clot properly. If your body is short on either one, you may have difficulty figuring out how to stop bleeding gums.

As hormones change during pregnancy, the risk of developing gingivitis is heightened. This is due to your body reacting differently to bacteria with its new increase in progesterone and estrogen levels.

If you need to take prescription blood thinners or aspirin, your blood will take longer to clot than usual, which could cause gums to bleed more than they usually would. This still means there is an underlying issue, but it is exaggerated due to the medicine.

For the best bleeding gums treatment, consult your dentist. They will be able to home in on the cause and the best course of action to get your gums healthy and strong again.

They will make sure you are brushing your teeth for two minutes, twice a day, and using floss every night before you go to bed. This keeps plaque from becoming tartar, which irritates your gums.

Also, your dentist may ask you to schedule another dental cleaning or use an antiseptic mouthwash to help fight harmful bacteria. Using a soft toothbrush, or even switching to an electric one, can help minimize inflamed and irritated gums as well.

Another way to cut down on your bleeding gums is to cut back on your sugar intake, creating a healthier oral microbiome. By focusing on your overall oral health, you will find many improvements in both gum health and other aspects of your physical health.